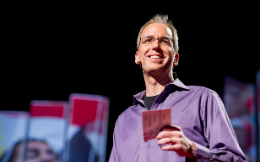 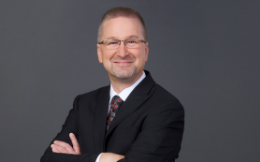 The opening keynote session includes an opening address from President Aarron Reinert and association election results in addition to the Secrets of EMS talk by Frank Warren.

Frank Warren is the creator of The PostSecret Project, a collection of highly personal and artfully decorated postcards mailed anonymously from around the world, displaying the soulful secrets we never voice. Since November 2004, Warren has received more than 500,000 postcards, with secrets that run from sexual taboos and criminal activity to confessions of secret beliefs, hidden acts of kindness, shocking habits and fears. PostSecret is a safe and anonymous “place” where people can hear unheard voices and share untold stories.

“The secrets I receive reflect the full spectrum of complicated issues that many of us struggle with every day: Intimacy, trust, meaning, humor, and desire.” — Frank Warren

“Secrets can take many forms—they can be shocking, or silly, or soulful.” Frank Warren, the founder of PostSecret.com, shares some of the half-million secrets that strangers have mailed him on postcards.