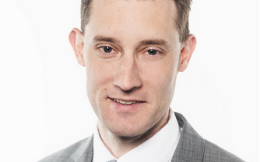 Dereck Pristas is an experienced healthcare executive with a paramedic upbringing. While still in high school, Dereck became an EMT and volunteered for the local life squad before going to college in Dayton, Ohio. Dereck began working in private sector EMS in 2003 while attending paramedic school at Sinclair Community College. Working through the ranks of a local company, eventually to an Operations Management role as an ALS Coordinator & Project Manager, Dereck then went to work for a local health system in the emergency department. Following a few years working in the health system, Dereck was hired as Vice President of Operations for a southern Ohio ambulance agency until 2012 when Dereck separated and started Buckeye Ambulance on his own. Buckeye Ambulance grew from a single ambulance to over 60 vehicles in 5 years. In 2019, Buckeye Ambulance merged with Kettering Health Network to form a new joint venture EMS agency where Dereck served through the transition as President.  Dereck is now the President & CEO of EMS Team LLC which is a multi-state fixed-wing air and ground ambulance service as well as consulting and staffing agency. Dereck is a member of the NEMSMA, a graduate of the ASM program, has an MBA and bachelor’s degree in organizational leadership from Wright State University.

This session covers the values your agency can expect from a well-executed health system partnership ranging from contractual arrangements to joint venture ownership strategies. Participants can expect an engaging, interactive experience talking about the role health systems play in EMS and how EMS agencies can leverage that involvement in their favor. With real-world examples and […]