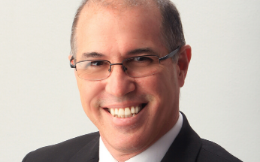 Calvin “Doug” Avery is an experienced health care executive with a 28-year paramedic upbringing.  Doug became an EMT straight out of high school and spent time volunteering and running with a private Ambulance Service. In 1991 Doug attended Shawnee State University where he became a paramedic.  Doug spent time as a shift manager while working his way to the position of Chief Operations Officer.  From 2000-2011 Doug served as COO for a large ambulance service which operated in Ohio, Kentucky, Indiana and West Virginia providing wheelchair, BLS, ALS, MICU, and rotor-wing patient transports.  Doug is currently the Director of Operations / Paramedic for Buckeye Ambulance in Dayton, Ohio, providing service to the Kettering Health Network along with other hospital systems in southern Ohio.  Buckeye Ambulances has 60 vehicles and 2 MICU units.  Doug is a member of NEMSMA, a certified supervising paramedic officer, a graduate of ASM, has an Associate degree in business from Kaplan University, and is currently working on a Bachelor of Science degree at Columbia Southern University with anticipated graduation in April 2020.

This session covers the values your agency can expect from a well-executed health system partnership ranging from contractual arrangements to joint venture ownership strategies. Participants can expect an engaging, interactive experience talking about the role health systems play in EMS and how EMS agencies can leverage that involvement in their favor. With real-world examples and […]