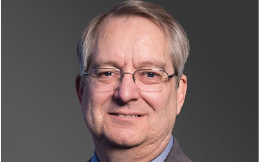 Jon R. Krohmer, M.D., FACEP, FAEMS is the Director of the NHTSA Office of EMS in the Department of Transportation. Prior to that, he was the Assistant Director of the ICE Health Service Corps at the Department of Homeland Security. Previously, he was the principal deputy assistant secretary for DHS OHA and DHS deputy chief medical officer. He began serving in that position as a member of the Senior Executive Service (SES) with DHS in September 2006 and served as the DHS Acting Assistant Secretary for Health Affairs and Chief Medical Officer from August 2008 to August 2009. Dr. Krohmer was an attending physician and director of emergency medical services (EMS), emergency medicine residency and Department of Emergency Medicine at the Spectrum Health Butterworth Campus in Grand Rapids, MI, associate professor of emergency medicine at the College of Human Medicine at Michigan State University and EMS medical director of Kent County Emergency Medical Services and was the medical director for the West Michigan Metropolitan Medical Response System. Dr. Krohmer received his undergraduate degree at Ferris State College, School of Pharmacy in Big Rapids, Mich., and is a graduate of the University of Michigan Medical School in Ann Arbor, Mich. He completed his emergency medicine residency and EMS Fellowship at Wright State University in Dayton, Ohio. He is board certified in emergency medicine and emergency medical services.

Data integration between EMS and its partners is considered critical to achieving EMS Agenda 2050’s vision of a people-centered system. Yet EMS systems have long struggled to establish truly effective and actionable bidirectional information sharing with healthcare partners. Earlier this year, NHTSA and its federal partners hosted a summit to address this challenge. Hear more […]