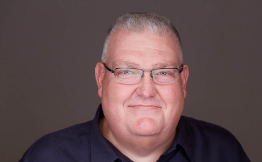 Frank Gresh is the Chief Information Officer (CIO) for the Emergency Medical Services Authority (EMSA) in Oklahoma City and Tulsa, Oklahoma.  In his role as the CIO, Frank is responsible for all aspects of technology including computer systems, radio systems, clinical technology, and probably a few things he doesn’t even know about yet.  Frank has been involved in Emergency Medical Services for over 34 years, starting off his career as an EMT in Pinellas County, Florida.  Frank worked his way through the ranks and served in leadership roles for other ambulance services around the country for several years before arriving at EMSA.  Frank has a Bachelor’s degree in Business Management (2002) and a Master’s degree in Computer Information Systems (2005). Frank’s greatest personal achievement is being awarded the Red Cross Certificate of Merit in 1983 (as a senior in high school) for saving someone’s life by administering CPR.  It was signed in person by President Ronald Reagan

Data integration between EMS and its partners is considered critical to achieving EMS Agenda 2050’s vision of a people-centered system. Yet EMS systems have long struggled to establish truly effective and actionable bidirectional information sharing with healthcare partners. Earlier this year, NHTSA and its federal partners hosted a summit to address this challenge. Hear more […]

Have you ever heard the teacher from Charlie Brown talk? Does it sound strangely familiar when folks talk to you about technology? Then this session is for you! Frank will cover topics from shadow IT to cybersecurity and all points in between. There will be something for everyone (geek and non-geek) in this session including […]