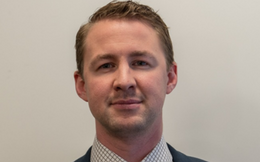 Jared Sherman is currently the Vice President of Operations, Northwest for Global Medical Response.  Prior roles include serving as the Executive Director of Guardian Flight Alaska, CFO & COO of LifeMed Alaska, a Medevac program located in Anchorage, AK. LifeMed was a joint venture established in late 2008, merging two competing hospital-based programs and soon after the acquisition of two ground ambulance programs.  Sherman joined LifeMed in late 2010. This was his first position both in EMS and the Medical Transport Field.  Sherman received his B.B.A from Baylor University, majoring in Risk Management Finance & Business Management. And completed his Master’s in Business Administration in 2019.

Prior to entering the Medical Transport field, Sherman served in a variety of roles within Risk Management.  He was the Health, Safety, Environmental & Training Manager for UIC, an Alaska Native Corporation from 2008-2010.  UIC experienced a tragic workplace injury resulting in the death of an employee. Sherman was the first employee hired into the Department of Safety and tasked with the development and implementation of the HSE & Training Program.  The bedrock of the initiative was to create a culture change within the organization.  Once the culture took root and the system was producing results, Sherman looked for his next challenge; accepting an opportunity with LifeMed Alaska.

Sherman has worked in all aspects of administration within the Medevac Industry.  Starting as a Director of HR & Compliance and spending the majority of his tenure as Chief Operating Officer. Sherman has applied his business and financial background to create effective systems & processes within the organization he has lead.