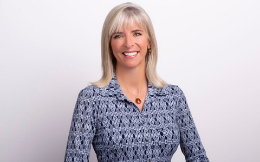 Dr. Jenny Wilson has been practicing emergency medicine for more than 20 years and brings experience from some of the nation’s most well-known and highly regarded medical schools and hospitals. Dr. Wilson attended Harvard College where, in her senior year, she helped lead the lacrosse team to an NCAA championship title. She attended Johns Hopkins University School of Medicine where she graduated in the top five percent of her class with Alpha Omega Alpha Honors. Before moving out west, Dr. Wilson completed an internal medicine internship at Massachusetts General Hospital in Boston and an emergency medicine residency at Albert Einstein School of Medicine in the Bronx, NY. She first worked as an attending at Mount Sinai Hospital in New York City, then moved to the west coast where she worked for Sutter Health. In 2002 she joined St. Mary’s Regional Medical Center and nine years later became the medical director for Reno Emergency Physicians Association, the hospital’s contracted emergency physician group. In addition to her professional contributions, she serves on the Western Physicians Alliance board of directors.

A featherweight medical director vs. a heavyweight administrator: Learn how to co-exist without a knockout! Get a ringside seat at the fight of the century! Develop a training plan that will take you through all 12 rounds allowing you to build a winning relationship between medical directors and administrators. Learn practical solutions for immediate implementation […]