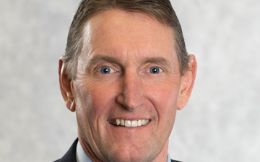 An EMT since the age of 16, Mark earned his stripes in the trenches. He is currently the President of PatientCare EMS overseeing our legacy operations with a focus on developing partnerships with the communities we serve and ensuring operations perform at the highest level. Prior to this role, Mark served as the VP of operations for PatientCare EMS and as the Chief Operating Officer for our Paramedics Plus Sunstar operation in Pinellas County, FL. He joined Paramedics Plus in 2004.

He is the recipient of the Iowa Governors Safety Award, named one of the Top Business Leaders in the Quad Cities, served on the Board of Directors of the Iowa EMS Association and is past chairman of the Commission on Accreditation of Ambulance Services. Mark served as the president of the American Ambulance Association in 2017-2018. The Sunstar operation was awarded the Florida Sterling Award for quality in 2009 under Mark’s direction. He was named the Volunteer of the Year in 2012 by the YMCA of North Pinellas County.

A former EMT-P and NAEMD dispatcher, Mark has a Master of Science in Health Services Administration from the University of St. Francis in Joliet, IL.

From new technology and safety features to decontamination and remounts, there’s a lot happening in the world of emergency medical vehicles. This session will provide a briefing on these developments to help you make effective decisions on updating your organization’s ambulance specifications.