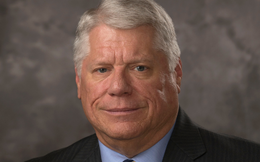 Mike Williams has had a 50 year career in Emergency Medical Services. He has served at all levels in the EMS industry from “ambulance driver” in his hometown of Detroit, through EMT and Paramedic to Regional CEO of the nation’s largest EMS provider. He also served as the EMS Director for the State of Florida. Mike is currently a partner in Dinosaur EMS Consulting. Along with his EMS career, Mike served 20 years both active and reserve in the United States Air Force where he was an enlisted medic and medical instructor. He was later commissioned as a pilot, and went on to become a squadron commander, Assistant Professor of Leadership and Behavioral Sciences at the U.S. Air Force Academy and was an operator with the Special Operations Command including tours in Desert Shield, Desert Storm, Southern Watch and Provide Hope.

This session will focus on lessons of the past and how they can be applied in today’s environment. While there have been many improvements in EMS and its delivery over time, there are still some proven approaches to leading an EMS organization that are tried and true with a little adaptation to the times. This […]