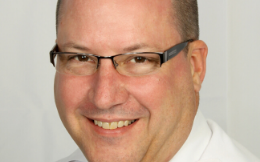 I began my EMS service as an Explorer at the Gates Volunteer Ambulance in 1978. In 1980 (when I was 18 years old), I became a medic for Gates Amb. At that time advanced first aid was all that was needed to be a medic. I also joined the Gates Volunteer Fire Department in 1980. I attained EMT certification in 1983 and rose through the ranks at Gates Ambulance and served for five years as the Chief of Operations. I also rose through the ranks at the Volunteer Fire Department and attained the rank of Battalion Chief. I was working full time in the Safety Department in health care during this time. I also worked part-time at a commercial ambulance service providing 911 emergency service to the City of Rochester, NY. After attaining my paramedic certification, I taught Paramedic classes between 1997 and 2002 at the local Community College and started up a paramedic program at Jefferson Community College in Watertown, NY. I was hired as the Chief of Ontario County Advanced Life Support in 2004 and served in that position until 2007. I was appointed as the Chief of Henrietta Ambulance in 2007. When Henrietta Ambulance merged with Chili Ambulance and Scottsville Ambulance 2017 and our corporation name was changed to CHS Mobile Integrated Health Care (CHS MIHC), I was named CEO of the newly formed corporation. I continue to serve in that position today.