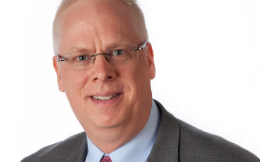 Wayne Jurecki is the Vice President and Chief Operating Officer of Bell Ambulance.  He has been with Bell for over 30 years and initially started doing data entry in the billing office.  During his time at Bell he has worked in the Accounting, Human Resources, and Information Technology Departments.  In 2003 he became Bell’s Vice President and in 2011 became Chief Operating Officer.

He has been involved with the American Ambulance Association since the early 1990s and has been very active in the Association for the last 15 years.  He is currently a Director for Region 3 of the Association, a member of the Medicare Regulatory Committee and a frequent speaker at both the Reimbursement and Annual conferences.

Effective legislative and regulatory advocacy in your state can make all the difference in your Medicaid reimbursement. Get strategies, examples, tips, and tricks for everything from Medicaid Match (UPL) programs to crossover payments to traditional rate increases from our expert panel.