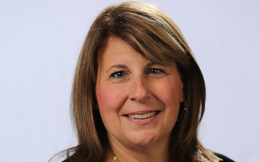 Maria Bianchi, CAE, has served as the Executive Vice President of the American Ambulance Association (AAA) since 2002 and has worked in non-profit management for more than 20 years.

Maria also serves as the Chair of Community Health Charities of the National Capital Area, a non-profit organization of 67 local and national charities that raises money through workplace giving campaigns. In addition, she is a sought-after speaker and has presented at numerous local and national conferences, including the National Downs Syndrome Society where she presented on Board and Volunteer Relationships and Development.

Prior to joining Interel + AMG, Maria worked for the American Heart Association, the American Lung Association, and the Crohn’s and Colitis Foundation of America in a variety of senior management positions. She received her Bachelor of Arts and Master’s degrees from George Washington University’s School of Education and Human Development.

Learn from Maria Bianchi, CAE how to turbocharge the effectiveness of your organization’s boards, panels, and committees. Minimize miscommunications and maximize the value of your volunteer leaders through good governance.