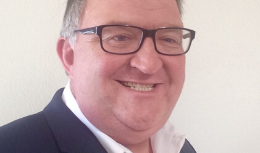 Rob Lawrence has been a leader in civilian and military EMS for over a quarter of a century.  Currently he serves as the Director of Strategic Implementation with Pro EMS, Cambridge MA and is also the part time Executive Director of the California Ambulance Association. He previously served as the Chief Operating Officer of Paramedics Plus in Alameda County, California. Prior to that, Rob was the COO of the Richmond Ambulance Authority, which won both state and national EMS Agency of the Year awards during his ten-year tenure.

Before to coming to the US from the UK in 2008 Rob served as the COO for the East of England Ambulance Service in Suffolk County, England, and as the executive director of operations and service development for East Anglian Ambulance NHS Trust.

Rob is a graduate of the UKs Royal Military Academy Sandhurst and served worldwide in the Royal Army Medical Corps with a 22-year military career in many prehospital and evacuation leadership roles,

Since his arrival in the US, Rob chaired the  Prehospital and EMS Committee for the Pan American Trauma Society was involved in performance improvement and trauma system development projects for several South American countries. Rob has also long advocated for injury prevention and public health programs. He introduced the Rider Alert Motorcycle Safety program to the U.S., which won the EMS10 Award from the Journal of Emergency Medical Services (JEMS) and the World Motorcycle Safety Award from the Federation of International Motorcyclists. He has also led programs in Richmond to proliferate CPR training, and the funding and introduction of “Stop the Bleed” equipment into every Richmond public school.

Rob is an accomplished international speaker, writer and broadcaster on EMS operations and the delivery of prehospital medical care. He is a member of the EMS World and EMS1 Editorial Advisory Boards and currently serves as the chair of the AAA Communications Task Force and a member of the AAA media rapid response task force which provides industry media response to national industry related news enquiries.

Share legislation, regulations, and best practices with fellow state ambulance association leaders from across the country!