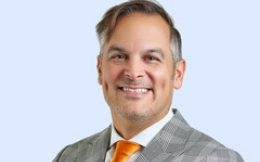 Asbel began his career in the ambulance industry in 1999. His EMS career includes directing and leading teams that provided revenue cycle consultation to air and ground ambulance agencies, culminating into the position of Managing Partner of Solutions Group Consulting.

Asbel currently serves on the Board of Directors for the American Ambulance Association (AAA) and numerous committees and board positions. More notably, he chairs the AAA Payment Reform Committee as the industry navigates the current healthcare changes and the correlation to the air and ground ambulance industry. He has also testified as an expert witness before federal and state health committees regarding ambulance reimbursement and veteran health initiatives related to emergency medicine. In 2016, Asbel was appointed to the Ambulance Transport Alternatives Task Force for the State of Louisiana by Governor John Bel Edwards. In 2020, Asbel was named to the Air Ambulance and Patient Billing Advisory Committee by the Secretary for the United States Department of Transportation.

Asbel is a respected thought leader on reimbursement initiatives within the industry and is a requested speaker at many healthcare conferences. Asbel is a contributing author in several EMS magazines and co-authoring the book, Management of Ambulance Services, as published by Prentice Hall in 2014